You are here: Home / Life / Getting Kids Going In The World of Entrepreneurship 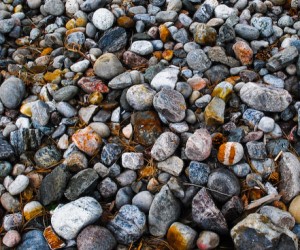 The other day I was riding my bike to the store when I turned the corner and there was a kid standing there with a sign. The sign wasn't well written for me to see as it was in pencil and it was a sunny day. I was on the other side of the street so I couldn't stop without darting into traffic. On my way back I purposely went back on that side of the street to see what the sign said.

As I approached I still couldn't see the sign so I yelled to the kid. “What does your sign say?” He ran towards me like I was the first person to stop and take an interest.

He says “I am selling Crystals!” With that I see a little table set up in the driveway of next house with a few kids sitting around a bunch of rocks. I pull up to the table wondering where these kids parents are since I think they are a little young to be by themselves.

I ask the kid how much and he had them set up in rows of 25 cents, 50 cents or 75 cents, as he is pointing to the “Crystals” which are really rocks from his front yard. I tell him to pick out the prettiest ones because my girlfriend likes “Crystals”.  All of a sudden I have 3 kids picking and choosing the best ones to sell me. They pick out 3 of the 25 cent ones. I whip out a dollar and tell them I will take 4 since they are so helpful.

You would of thought I gave them a million dollars! They all had huge smiles on their face. I could tell I was their first sale and probably their only sale. I tell the kid with the sign that he needs a better one. I almost fell over when he told me “We don't have the resources to go to Staples”.

If you see kids selling rocks or lemonade or whatever give them a little boost. For all we know that kid will be the next president of a rock mine or the president of Staples.

I came home and gave Debbie the rocks and told her the story.  The look on her face was priceless when I came in announcing I bought something for her and took rocks out of my pocket.