This past week My Friend Ed brought his family to New York City and since I know the town well I helped show them around. I booked a hotel on Friday night through Priceline and stayed at the Courtyard by Marriot on 40th street and 5th ave. Since Ed was staying at the Milford Plaza I knew I would only be a block or three away from being able to meet up with him, his wife Lois and their beautiful daughter Sasha.

After trekking into the city late on Friday night Debbie and I went to catch a late dinner and we ended up at the Playwright Irish Pub on 35th street. Atmosphere was good but the food kind of stunk so we got out of there and went back to the hotel so we could get a good nights sleep as we were meeting Ed early in the morning. 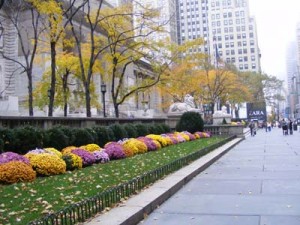 When we got up we walked towards the New York Public Library Building and Bryant park and  came across some pretty flowers. We went and met Ed and we hopped on the NY Subway towards lower Manhattan. We stopped by the World Trade Center site and paid our respects.

We then walked over by this big cube and off to Starbucks for something warm and to rest our already tired legs. 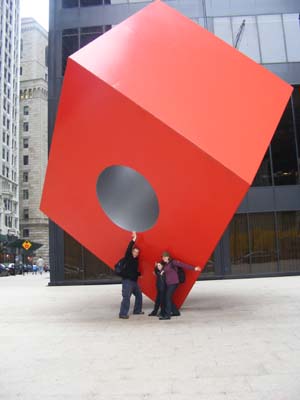 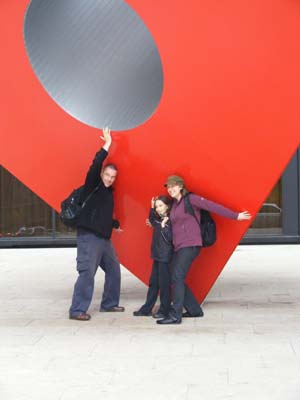 We then headed down towards Wall Street looking for the big bull that was in the street. I had never seen where this thing was in all of my 40 years living in NYC. We found Trinity Church then walked down Wall Street in pursuit of this bull. 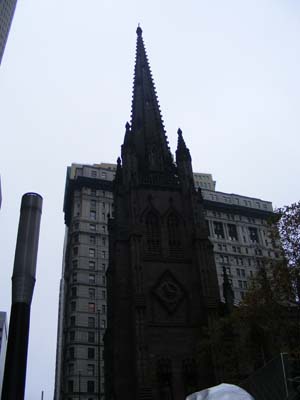 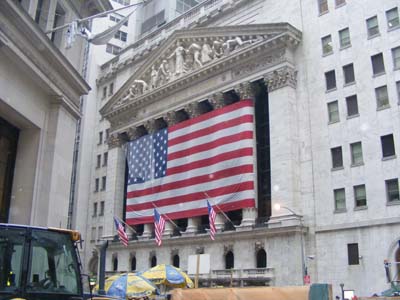 After walking around in the rain I asked someone were the bull was and they pointed me in a general direction but we found it right back on Broadway where the Canyon of Heroes starts. There was a volleyball team gathered around the bull but Lois and Sasha was was able to sneak in for a pic. 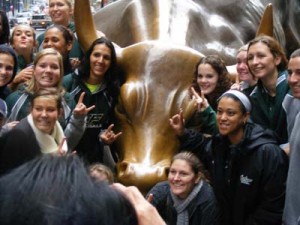 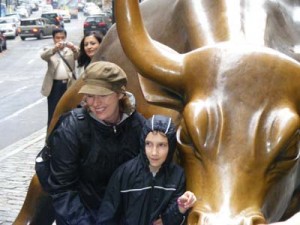 By this time we had no clue were to go since the weather was lousy but we trekked on to Battery Park. We saw some squirrels in the park that liked to pose for us. 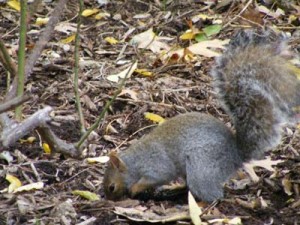 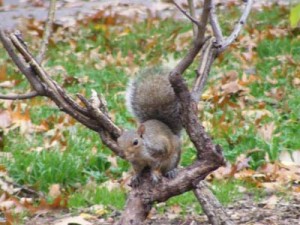 We were going to go out to the Statue of Liberty but like I said the weather was bad. We walked up to the South Street Seaport and got some lunch and dry off a bit. We passed a cool firetruck with Godzilla on the roof. 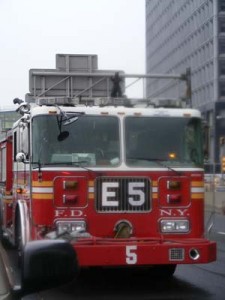 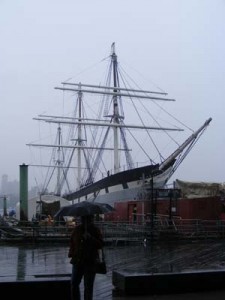 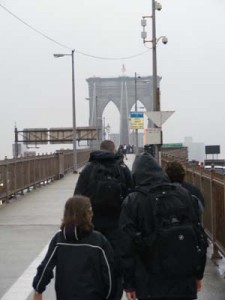 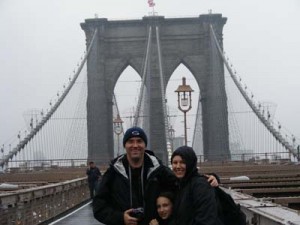 We really got wet walking over the bridge but none of us really cared. We got to Brooklyn and hopped on the “A” train back to Manhattan. We went to Bryant park and watched the crazy people ice skating in the rain.

We were all getting tired and being wet we went back to the Milford Plaza after stopping in Times Square and got dry and went out to dinner. 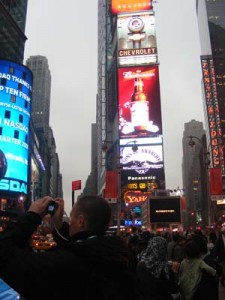 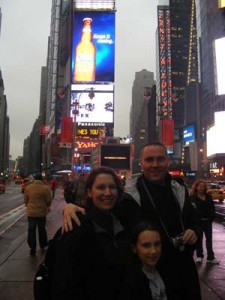 Being that they have been on the road for a while I figured they were longing for some familiar food. A few weeks before I had read in the New York Times about a new restaurant that serves Australian style food.  We walked down to 38th street to The Australian. This place was great from the word go. They sat us in a booth in the back where we would have enough room, the waiter was great and made us feel right at home. They even had lemon bitters which I had never had before. I don't remember what everyone had but they were raving over the barrimundi. Just the names of the food had me confused. I tried some damper and even had some Australian beer which was quiet good.  Desert was out of this world, Everyone was stuffed the meal was one of the best times I have had in a long time.

It was good catching up with Ed and meeting his family.